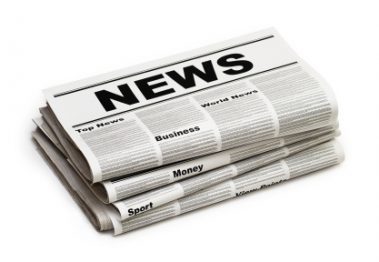 Aliyu Tukur Tahir, an electrical engineer is the Managing Director/Chief Executive of the Nigerian Electricity Management Services Agency (NEMSA), a sole regulatory agency authorised by law to carry out the enforcement of technical standards and regulation, inspection, testing and certification of all electrical installations and equipment in Nigeria. In this exclusive interview with OBINNA NWACHUKWU in Abuja, he highlights the achievements, challenges and solutions to issues affecting Nigeria’s power sector. Excerpts:

Eight months after your appointment as the MD/CEO of NEMSA, what would you say in specific terms are the key achievements of the agency under your watch?

Thank you very much for that question. Indeed, we thank God and thank Mr. President for finding me worthy for this appointment. I am one of the pioneer staff of NEMSA and have worked for about 8 years before this appointment and this will ensure continuity in operations. Immediately I came in I had to carry out a quick assessment of the agency and I can see that a number of successes have been recorded so all I needed to do was to sustain the success.

I have also seen where we need to do some re-alignment so that the activities can be brought back to the trajectory of success. We also have new areas where we have to start up because our mandate is so wide and we need to cover them all.

Flight operations were disrupted at Kano’s Mallam Aminu Kano International Airport (MAKA) on Monday morning following a disagreement between the officials of the Federal Airports Authority of Nigeria (FAAN) and their counterpart with the Nigerian Airspace Management Agency (NEMA).

Daily gathered that flights, however, resumed later in the day after intervention by some stakeholders, who assured that the dispute between the sister agencies would be amicably resolved.

A source familiar with the happenings at the airport told Daily Sun that the operational disruption was a protest adopted by the staff of the Nigerian Airspace Management Agency.

He explained this followed a decision by the management of FAAN to disconnect the electricity supply to the facilities of the agency and to their residential quarters following their inability to redeem their unpaid electricity bill.

FLIGHT operations at the Mallam Aminu Kano International Airport, Kano were on Monday temporarily grounded following face-off between the Federal Airports Authority of Nigeria (FAAN) and the Nigerian Airspace Management Agency over non-payment of electricity bills.

This came just as the aviation unions’ directive to workers across the airports to embark on a peaceful protest over what they called an obnoxious bill in the new act signed into law by President Muhamadu Buhari last week had led to a heavy gridlock around the Ikeja axis of Lagos State.

The union officials and the workers marched round the domestic wing of the Lagos airport chanting solidarity songs without recourse to the early morning rains.

Tension started mounting between NAMA and FAAN since last Friday following the disconnection of power supplies to the quarters housing the NAMA workers and its facilities within the airport over N500million debt.

Members of the Nigerian Air Traffic Controllers Association (NATCA), the professional body in NAMA responsible for clearing and separating aircraft taking off and landing at the airport and other airports had threatened to shut down air navigation facilities in the Kano zone over the disconnection of electricity supply by the airport manager in Kano.

After 9 days of total darkness, the Port Harcourt Distribution Company, PHED has finally restored electricity in Calabar and to extension, Cross River State.

THE PARADISE NEWS reports that a fire incident that occurred on September 3, 2022, claimed the 132/33 KV Substation located at the Tinapa area in Adiabo, Calabar Municipality Local Government Area.

On Sunday, September 11, 2022, 9 days after, electricity was restored to major parts of the Calabar metropolis.

Although, the power didn’t go round until Monday, September 12, 2022, when over 95% of the population had at least four hours of electricity in their homes and businesses.

TCN General Manager, Public Affairs, Ms Ndidi Mbah, had assured citizens that power would be restored on September 5 but it took 3 more days to that effect.

Recalled that Calabar and its environs had suffered a total blackout between April 8 and May 16. This was due to vandalism of a tower at Itu Local Government Area of Akwa Ibom State that evacuated power from the Ikot Ekpene Power Plant to the Adiabo plant in Calabar.

Nigerians are still in a surreal mood over the recent improvement in electricity supply in the country. Stakeholders in the sector have continued to assure of better supply in the days ahead, but consumers, who are currently enjoying the moment of electricity blitz, appear to be keeping their expectations low. How far can the Distribution Companies (DisCos), Transmission Company of Nigeria (TCN), Nigerian Electricity Regulatory Commission NERC), Generation Companies (GenCos), and other critical stakeholders in the sector sustain this seeming new dawn in power supply?

Until two months ago, Aloysius Iheanacho, Chief Executive Officer/Managing Director, Loya International Limited  and Sahara Chicken, in Akute, Ogun state, was spending about N25, 000 monthly for electricity running his hospitality business. But by last week, Iheanacho noticed a sharp rise from the previous amount spent to about N48, 000. His enquiries made him discover that although there was no electricity tariff hike in this period, his sudden extra spending on electricity is due to the regular power supply his area now enjoys.

“Yearly we can produce 142 gigawatt hours, enough for 142,000 inhabitants and that is conservative,” Nicolas Lecomte, HDF Energy director for Southern Africa, said on Monday.

Currently, Namibia imports more than a third of its power from neighbouring South Africa.

One of the world’s sunniest and least densely populated countries, it wants to harness its vast potential for solar and wind energy to produce green hydrogen and position the country as a renewable energy hub in Africa.

Hydrogen is categorised “green” when it is made with renewable power and is seen as key to help decarbonise industry, though the technology remains immature and relatively costly.

The Czech Republic, like other European nations, has grappled to protect people and companies from power price surges amid cuts in supplies of Russian gas to Europe following Russia’s invasion of Ukraine and European sanctions on Moscow.

The Czech government has said it would make its national plan, which is subject to parliamentary approval, work alongside a pan-European solution being prepared by the European Commission and member states.

“We are guaranteeing the price level, everybody will know what they will be paying, and it will be impossible that someone pays multiples of what they pay this year,” Fiala told a news conference shown live by news agency CTK.

Fiala said prices for households would be capped at 6 crowns ($0.2476) per kilowatt hour of electricity and 3 crowns for gas, and the changes should be implemented from November deposit payments.

The electricity price is further raised by network services not included in the cap.

The government has said that India has turned into a power surplus nation with a total installed electricity capacity of over four lakh Mega Watt.

Today, India is the world’s third largest producer of renewable energy, with 40 per cent of its installed electricity capacity coming from non-fossil fuel sources.

Solar energy-based applications have benefited millions of Indians by meeting their cooking, lighting, and other energy needs in an environment-friendly manner.